In business obstacles, fear, life decisions, How to make a big decision

I believe humans have two brains. One in the head and one in gut.

The brain in the head contains the Cerebrum, Cerebellum and the Brainstem. 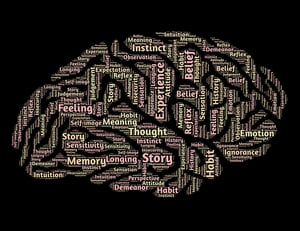 The motherboard that runs the body and it is about four million years old, the amount of time Homo sapiens have been on the planet.

The brain in the gut is simply intuition. It is as old as God, Infinity or whatever you may believe in.

That is why people always say, listen to your gut – that’s because it’s God talking to you.

The human brain, where we get thoughts, ideas and where logical thinking takes place. It is ill equipped for modern living. Many times, our thinking brain gives us False Evidence that Appears to be Real (F.E.A.R.) Evidence or facts logically equals gospel. However, the human brain seems to take the easy way out and does not seek real truths.

As an example, if you drive to any coastline and look out over the ocean to the horizon, it’s obvious that the earth is flat. At least in looks that way. It seems like a logical fact to the brain. But we know the earth is actually round. So, the fact is that the earth looks flat to the logical, observing brain but the truth is that it’s round.

There is a difference between fact and truth. Your gut, if you listen, helps to separate the fact from the truth. However, it’s a difficult task to trust your gut because your brain is constantly sending nervous impulses to your whole body that says F.E.A.R. exists, take precautions. During the stress of a decision, your brain screams: Save your money, don’t take a risk, don’t say yes, stay in your job, stay in your relationship, take the road most traveled-  it’s safer. We usually end up doing the logical thing by staying in our comfort zone because it feels safe. However, the truth is, you’ll get crushed if you stand still. Not crushed physically but your soul will be crushed figuratively for years to come.

Have you ever had the feeling that something is just not right when you walk into a room? If you have purchased a home, did you have the feeling, as soon as you walked into the house, that it was your home? You can’t put your finger on it. You can’t describe the feeling. Sometimes people say, I have a good feeling or positive gut reaction. Well yes! That’s what I’m talking about. It’s the feelings you get, hair standing upon the back of your neck for a good reason - It’s God talking to you.

However, in the end, it’s easier to justify that you’re smart, you’re educated and your brain is right. After all, if your brain wasn’t correct, all your preachers, teachers and parents would have told you that you’re not correct, right? Well, what we didn’t know is that the people who came before us were working within the F.E.A.R. system. So, you end up doing nothing because that is the logical, and, easy thing to do. You don’t dare to make a change. You end up denying the world, let alone yourself, of what you could have been. That damn brain keeps getting in the way!!!

How can you tell if your brain is playing tricks on you? Well, it’s actually pretty easy.

When you want something that you believe in, it feels good. You have a good gut reaction. That should be enough to move forward. But doubt enters the equation because you ran the numbers, you check it out on-line and you asked the opinion of people who you respect – people who got your back (you think).  After that “research” your desire does not feel positive any longer. That is because you have gone out and gathered F.E.A.R. So, when it comes time to voice your decision, your new beliefs do not match the idea that sounded so good when God or the Universe put it in your head on day one. (BTW – God never puts something in front of you that you can’t handle). That negative emotion is simply present because you are thinking in opposition to your own desire, to God’s desire, and what you deep down in your gut know you should be doing. That negative emotion is your brain talking to you, not God.

I am in the world of evaluating and buying franchises. Don’t get me wrong. I am not advocating that you buy a business because you have a good gut feeling about it. That would be a stupid business decision. Again, a business can look fantastic from the outside. All the logical indicators are there. There always seems to be a line or cars in the parking lot. The food tastes fabulous. All your friends love it. The concept seems like it’s on trend. All of those indicators are for the people who think the earth is flat because they looked.  I am saying that after your deep due diligence, if the numbers check out and everything that needs to line up correctly does, then listen to your gut. Go for it! You will never regret the things that you did in life. If it was the wrong thing, it’s finite. It’s over. You learned from it. It’s only the things and the chances that you didn’t take that will haunt you forever.