In franchise consultant, franchising, how to buy a franchise, semi-absentee franchises

September 13, is National Franchise Day. It’s not nearly as significant as President’s Day, Martin Luther King Day or national pancake day - when everyone gets free pancakes at IHOP, but it’s important, nonetheless.

National Franchise Day was established by Congressman Bobby Rush (D-IL) through H.R. 519. It was created to raise awareness of the vital roles that franchising and the entrepreneurial spirit play in the U.S. economy. Franchising is part of American culture and actually touches every American in some way. Albeit, more significantly for some than others.

Did you know that 1 out of every 12 businesses in America is a franchise? You probably have used or will use one or more franchised establishments today. Did you grab a cup of coffee at Dunkin Donuts today? That’s a franchise. 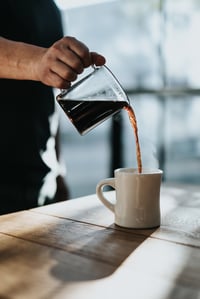 Did you work out at a gym this morning? That may be a franchise. Did you buy gasoline on the way to work? That could be a franchised location, too. So, you have potentially used three different franchises before you even reached your desk. With 4,000 franchises in 90 different industries, I can mostly likely point out another 10 franchises that you may use today.

Was your office cleaned overnight or do you have a cleaning service at your house today? Is the office you’re sitting in a shared space? That could be a franchise. Are you grabbing a sandwich, pizza, burger or a Poke Bowl for lunch? Getting window treatments, driveway repaired, or did your sewer back up over the weekend? Did you call a franchise? Ok, you get my point.

It’s a little-known fact that there are almost 800,000 franchise locations of various types around the country that employee more than 18-million people. I bet you didn’t know that a vast majority of Americans had their first job at a food franchise in their town? Was working in a fast food joint your first job?

Every time a franchise opens its doors, it creates an average of 20 jobs, directly and indirectly in the community. As big as franchising is by the numbers, it’s still small, local business. The overwhelming majority of franchises are owned and operated by a local person in your community. Even the big names like McDonalds are typically owned and operated by a family from your area.

Franchising has helped thousands of people grab their share of the American dream – including me. Of course, owning a business is not for everyone. It does take a financial investment and it is a big risk. However, with the backing of a great franchising outfit, an average person with no business experience or education (like me) can build real wealth while serving her neighborhood and creating a small economic engine in the community.

So, franchising is part of Americana. From the Holiday Inn Express’ that dot the American landscape to the local dog sitter, there is a franchise owner who hopes they can serve you today. I hope you stop by, say hi and express your gratitude to that owner for having taken a risk to support their community and provide jobs. And, from the bottom of my heart, thank you for buying from your locally owned and operated franchise.